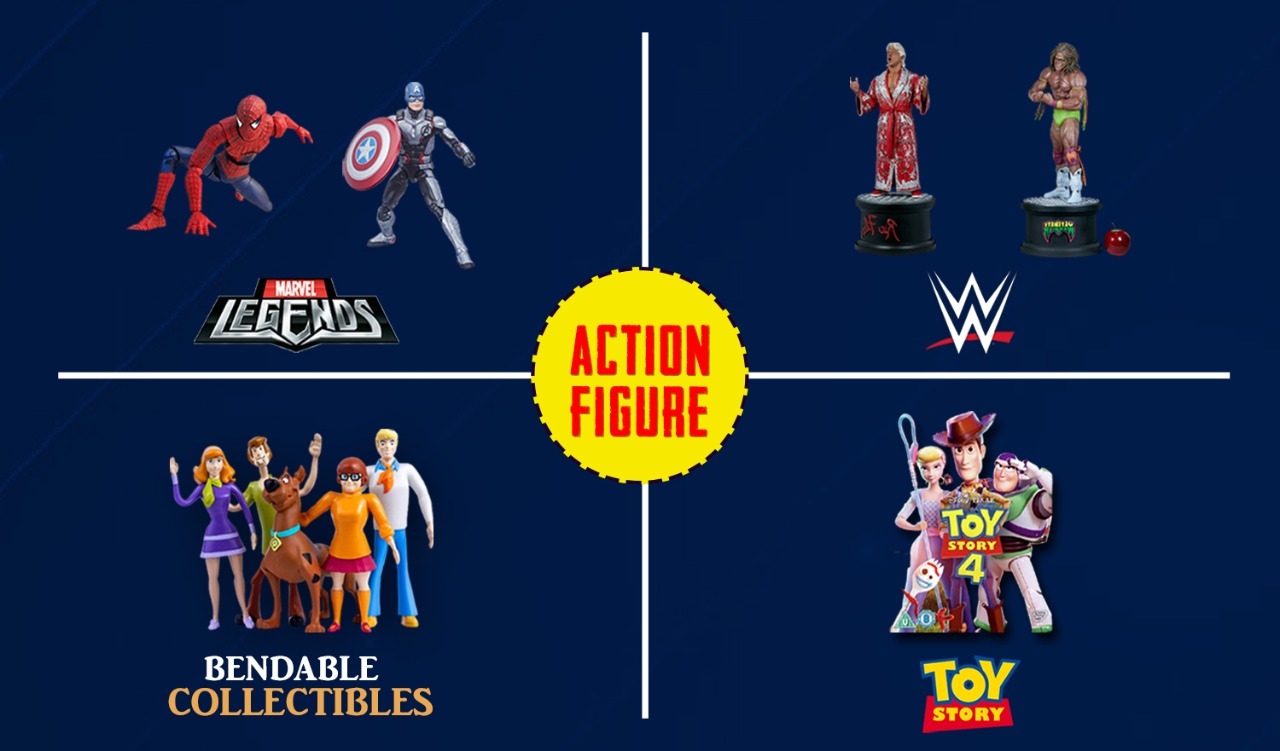 Hollywood Action figures are poseable character diecast toys mostly made with plastics. These toys are based on characters from Hollywood films, Serial, comic books, and the military. You also find some best action figures collectible in fiction or history.

Such figure toys are mostly shopped by kids and adult collectors. These are sold in domestic and international markets by suppliers & retailers. Generally, action figures display traditional masculine traits that primarily target boys, most commonly marketed as a kid’s toy.

WWE Collectibles are from the line of action carrying various known faces. The superstar character dolls are of 6-inches height that can match your fight club toys.

Game of Thrones has gained a lot of popularity even with its toy series. Getting all the character sketches in your room can be loved by various people.

The Marvel Legends is a perfect figure of action dolls collection. Under this one can get Captain America as being a well-known figure for children.

Bendables are designed that they can easily be placed anywhere one wishes to. Such a collection can be a great gift for children who follow an action hero.

Toy Story is designed following story characters from films & serial cartoons. Such a collection can be a great gift for children who follow cartoons.

Imaginext carries the set of batman along with the spectacular design of Wonder women stylish dolls for children of all age groups.

Mega Construx Action Figures are the collectibles of dragon toys along with various minions. Easy to place as they do not take much space.